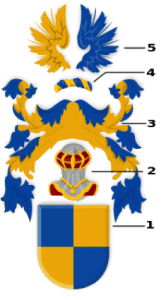 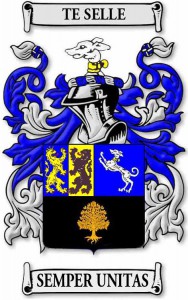 Crest: Dog head – derived from the coat of arms of the city of Winterswijk
The crest rests on top of the helmet which itself rests on the most important part of the achievement: the shield. The modern crest has grown out of the three-dimensional figure placed on top of the mounted knights’ helms as a further means of identification.

Torse: A wreath in silver and blue

Helm: The helm is a closed or tilting helm used for burgher arms

Mantling: When the helm and crest are shown, they are usually accompanied by a mantling or ‘lambrequin’. This was originally a cloth worn over the back of the helmet as partial protection against heating by sunlight and secondarily, to decrease the effects of sword-blows against the helmet in battle, from which it is usually shown tattered or cut to shreds. The mantling is in the main colours of the Winterswijk shield. The outer surface of the mantling is therefore in blue and the inner surface is of the principal metal: silver.

Shield: For the shield portion of the coat or arms, I utilized images and symbolism as follows:

Upper right: I have chosen to place the Winterswijk coat of arms in the upper right corner to signify that all the Te Selles originate from the city of Winterswijk. The coat of arms of the municipality of Winterswijk shows a silver sighthound on a blue shield. The description reads: “in azure a leaping greyhound of silver, gold collared. Shield covered with a golden crown of five leaves” One can find this coat of arms already on a banner of the Winterswijk citizenry in 1748. It could be a “canting coat of arms.” Canting arms are heraldic bearings that represent the bearer’s name in a visual pun or rebus. In this case “a greyhound turning aside,” which in Dutch is “een windhond die wijkt.”

Upper left: The coat of arms of the province of Gelderland. The left half shows the Gelderland lion, the right half the lion of Gulik. This combination dates back to the 14th century, during the time of Willem van Gulik, Duke of Gelderland (Guelders). On the envelopes of the letters that were sent to Winterswijk from America during the mid-1800’s, the name of the Gelderland province was often written larger than the name of the country, Netherlands. The brothers Te Selle were proud to be “Geldersen,” from the eastern part of the Netherlands, as opposed to “Hollanders,” who originated from the western part of the Netherlands.

Below: A golden tree on a black background. The meaning of the tree is somewhat complex:

“The flourishing condition of the family,” “abiding faith,” and the “symbol of unity of the family” were the reasons for me to place the tree prominently in the lower part of the coat of arms shield.

Motto: Semper Unitas – Always unity. This motto is placed under the shield. Now that the Dutch and American relatives have found each other again, I hope that unity will be preserved. 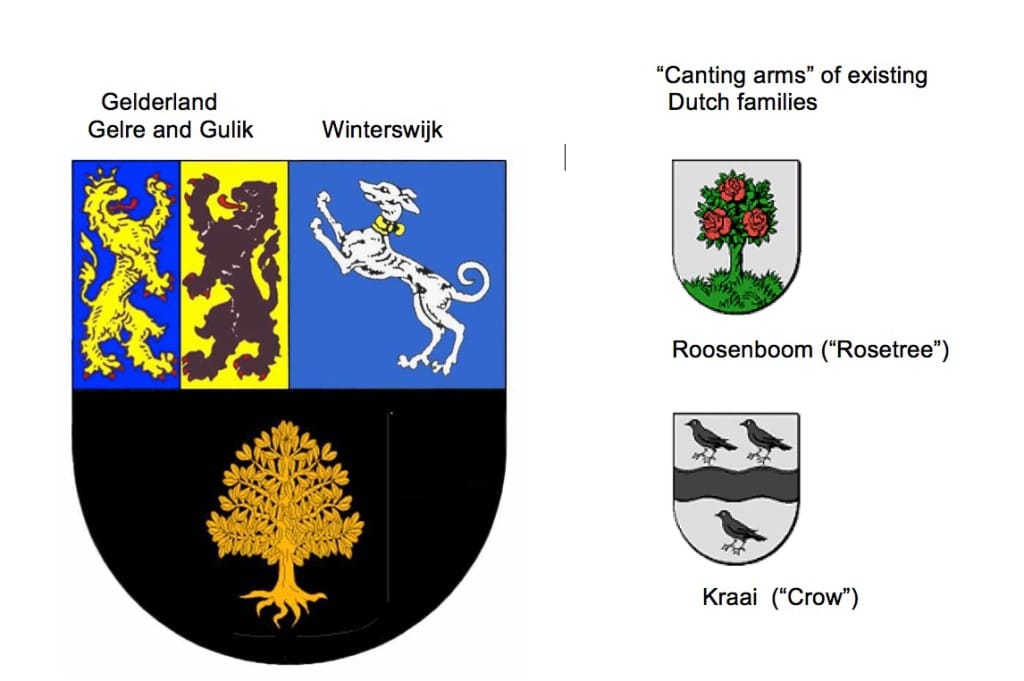