At the 1989 Te Selle Family Reunion there were several panels showing the census information from 1870 through 1900, as shown below. Scroll down the page to see larger images of each of these census panels.

Back to Table of Contents 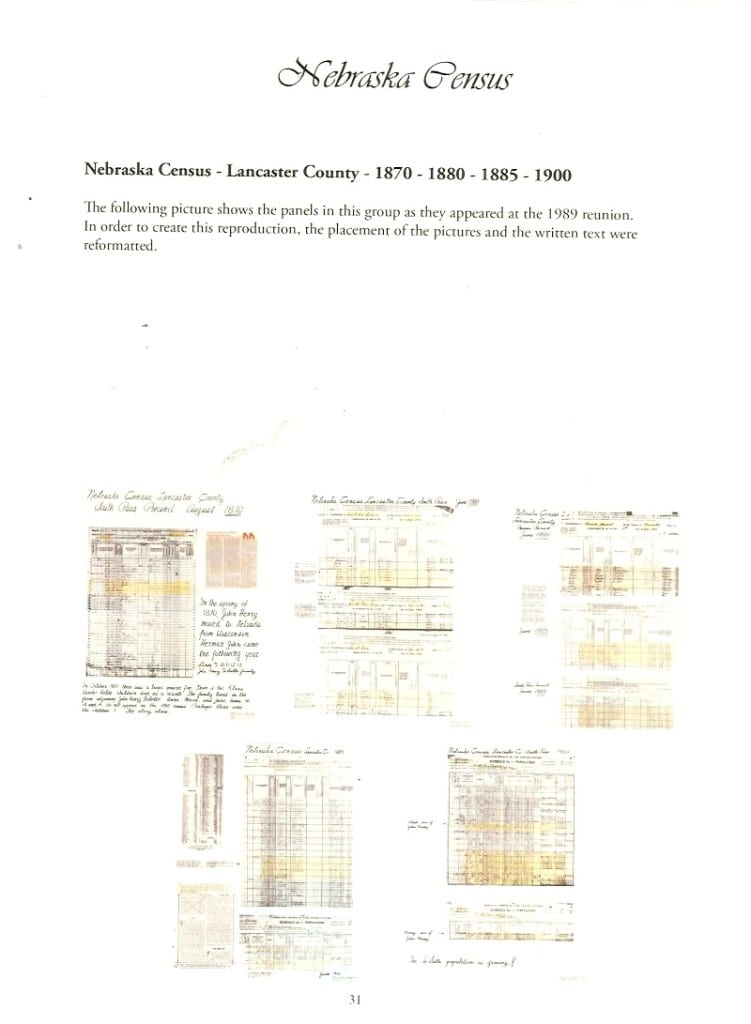 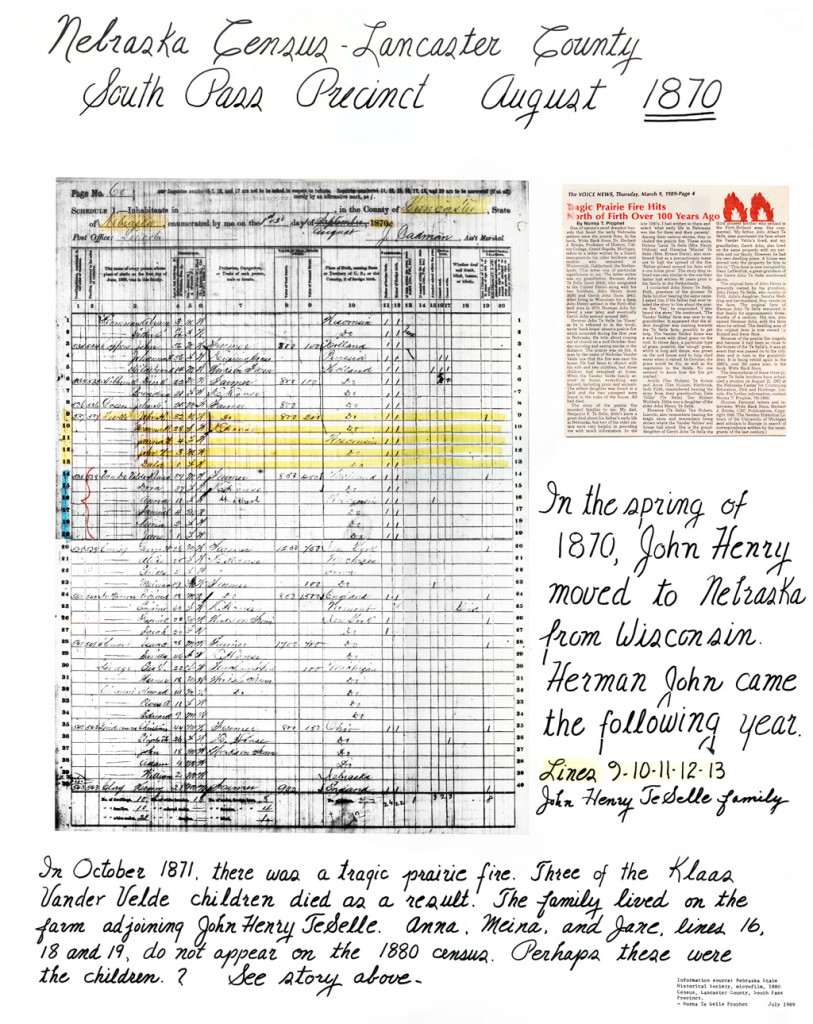 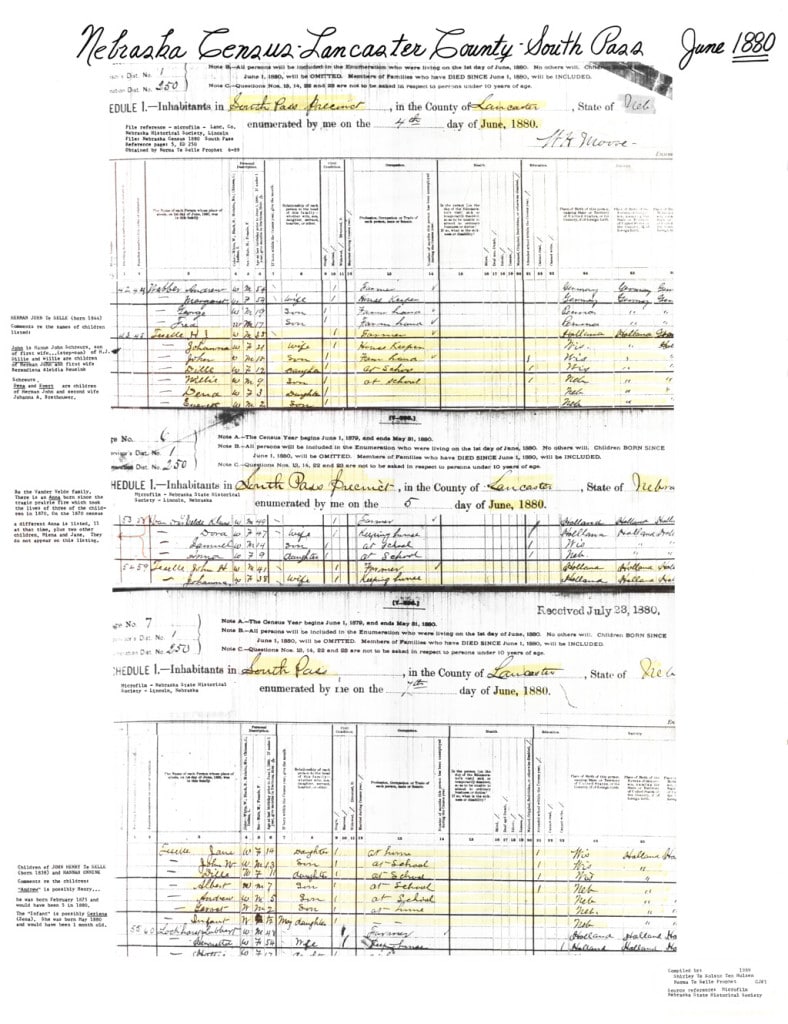 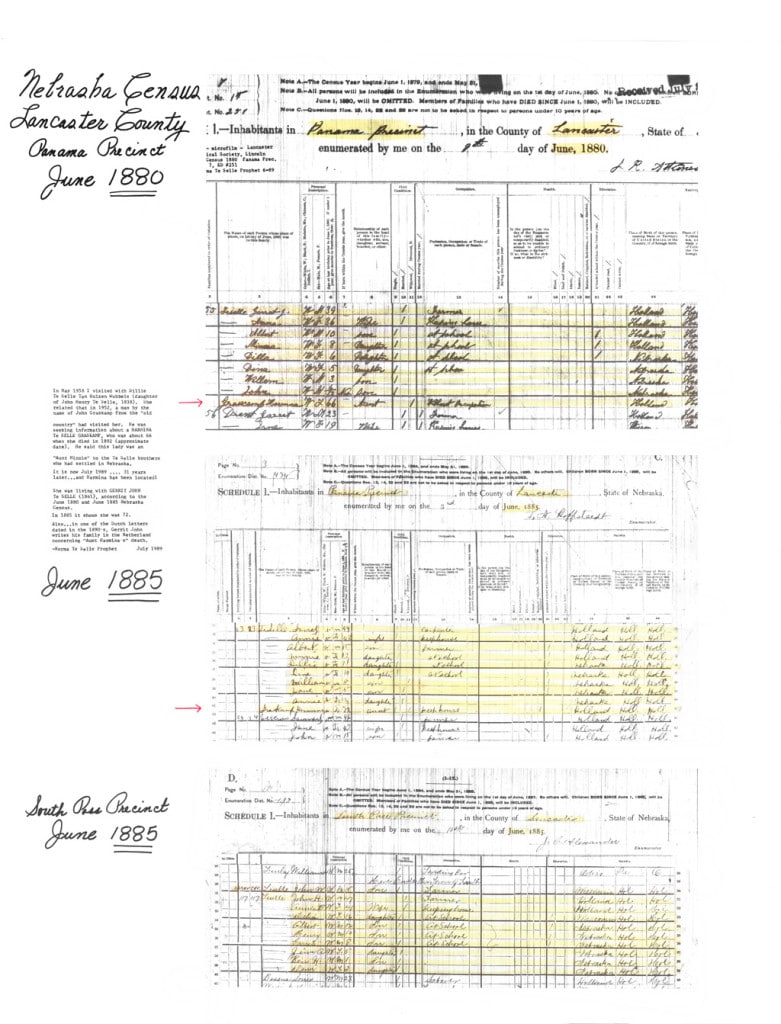 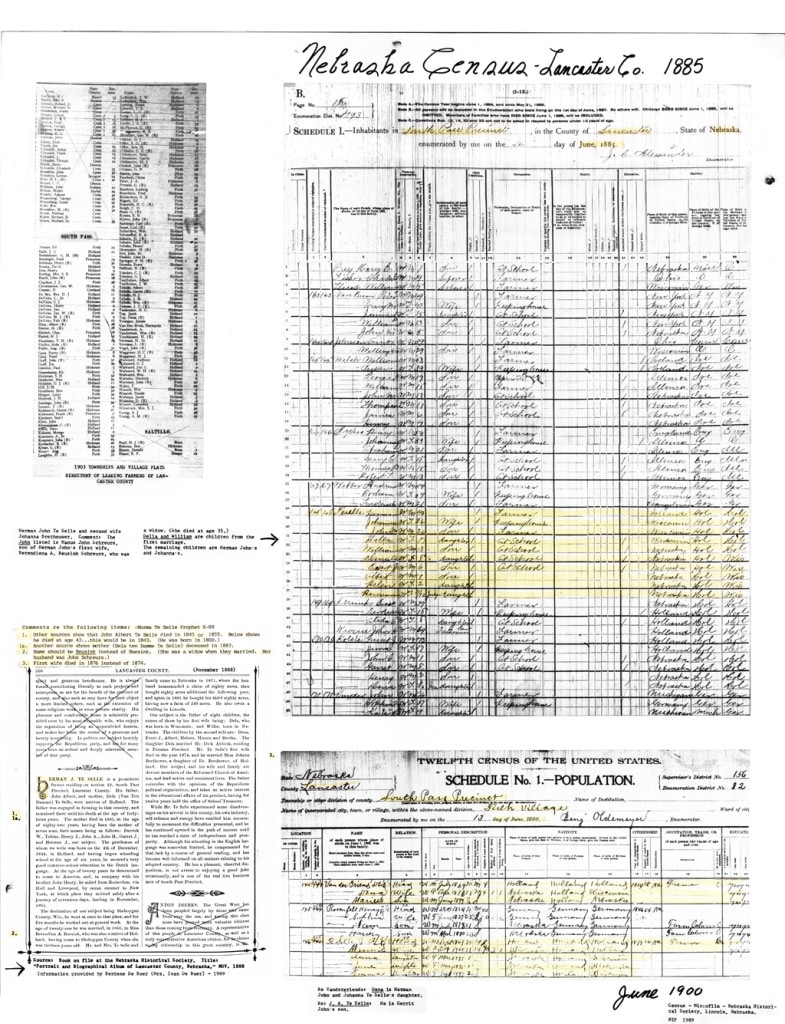 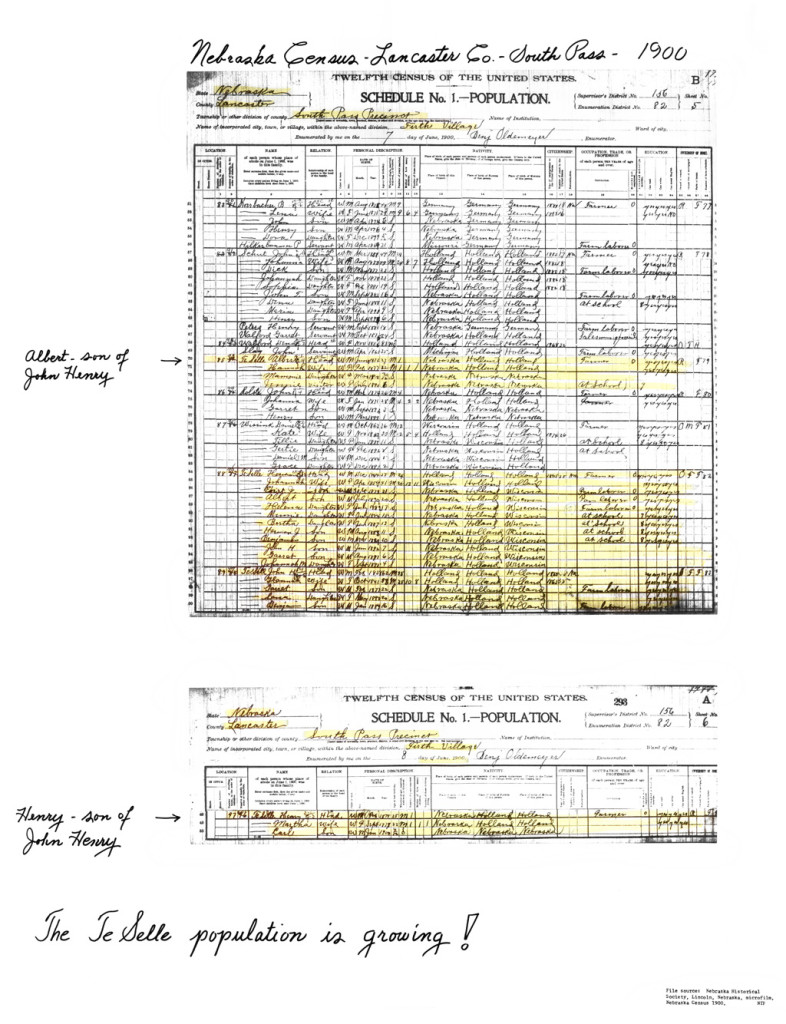