Herman John TeSelle was born in Firth, Lancaster County, Nebraska on 2 August 1888. He was the son of Harmen Jan te Selle (1844-1919) and Johanna Arnolda Brethouwer. Herman married Jennie Vandewege on 30 April 1913. Herman died in Firth, Lancaster County, Nebraska on 22 June 1963, and is buried in the Firth Cemetery on a hill overlooking the town of Firth. (See Profile Page for further information.) 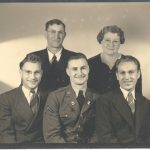 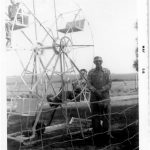 Herman loved to tinker in his workshop, so he built this Ferris Wheel for kids to enjoy. 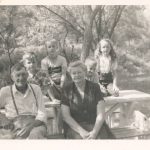 Herman and Jennie TeSelle with four of their grandchildren -- Bob, Larry, Roger, and Connie -- on a picnic in Pioneer Park, Lincoln, NE, in 1951 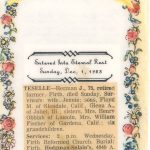 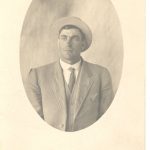 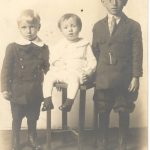 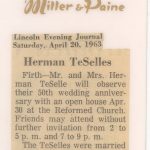 Herman and Jennie TeSelle will observe their 50th wedding anniversary with an open house on April 30, 1963, at the Reformed Church... The TeSelles were married in Lincoln. They have two sons, Floyd of Glendale, Calif., and Glenn of Joliet, Ill. They also have 6 grandchildren. 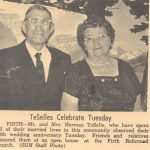 Herman and Jennie (Vandewege) TeSelle celebrated their 50th anniversary on Tuesday, April 30, 1963. Friends and relatives honored them at an open house at the Firth Reformed church. (SUN Staff Photo) 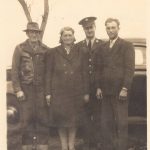 Herman and Jennie TeSelle with sons Glenn and Orville about 1942 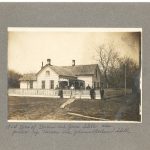 The first home for Herman and Jennie TeSelle was the Homestead Farm in Firth owned by Herman's father, Harmen Jan te Selle (1844-1919), who moved from the farm into the town of Firth. 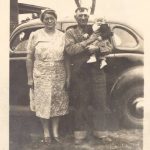 Herman and Jennie's first grandchild Larry, born in April 1942, visits his Grandma and Grandpa on their farm in Firth, NE 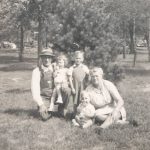 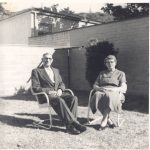 Herman and Jennie visit son Floyd and his family in California during February 1960 to get away from the snow in Nebraska. 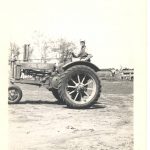 Herman John TeSelle on his trusty John Deere Tractor, May 1945 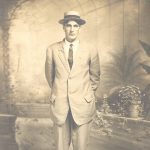 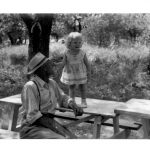 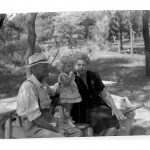 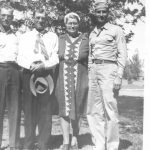