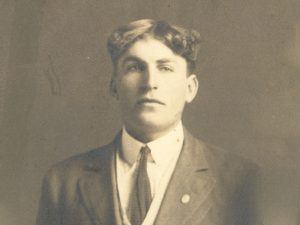 Benjamin TeSelle was born in Firth, Lancaster County, Nebraska on 23 November 1889. He was the son of Harmen Jan te Selle and Johanna Arnolda Brethouwer. Benjamin married Alma Ida Dietz in 1915. He died in Lincoln, Lancaster County, Nebraska on 30 July 1959. According to his daughter, Norma TeSelle Prophet, Benjamin did not actually have a middle name. He adopted the initial “F.” to differentiate himself from his first cousin, Benjamin H. TeSelle.

Benjamin and Alma Dietz TeSelle had 5 children from their marriage: