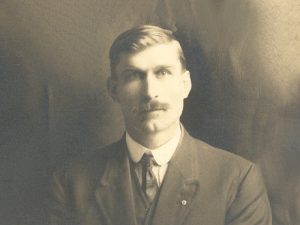 Evert John and Minnie Obbink TeSelle had four children from this marriage: