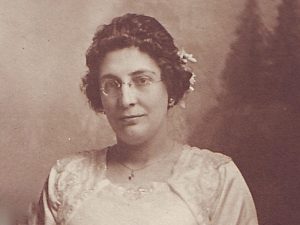 Johanna Marie (Annie) TeSelle was born in Firth, Lancaster County, Nebraska on 15 September 1896, and died on 9 November 1972. She was the youngest child of Harmen Jan te Selle and Johanna Arnolda Brethouwer. On 10 April, 1919, Annie married William Ernest Fischer, who was born on 1 July 1898, and died on 13 March 1964.

William and Annie TeSelle Fischer had 5 children from their marriage: